If you aren’t a die hard Mopar fan then you’ll be forgiven for thinking this isn’t a factory color. It’s likely to be polarizing and you’ll either love it or hate it but it was one of the several high-impact colors available for 1970.

The Panther Pink (FM3) paint you see on this car is believed to only be found on 41 Challenger R/Ts and only came out in the latter part of the model year. It joined other colors such as; Plum Crazy, Hemi Orange, Sublime, Go Mango, Top Banana and Green-Go.

The Challenger was brand new for 1970 and, while a little late, was intended to offer competition to Ford’s Mustang, Chevrolet’s Camaro and Pontiac’s Firebird. It might have been late to the game but it was certainly impressive and proved an immediate hit.

Challenger used the, brand-new for 1970, E-body platform which it shared with the Plymouth Barracuda. Sitting 2 inches lower than the B-body cars it gave the Challenger a much lower stance. It was available in two body styles: a 2-door hardtop and convertible.

The R/T was a performance package that gave you Rallye suspension with sway bar, heavy-duty drum brakes and also provided different hood.

Inside, the R/T also enjoys a Rallye instrument cluster as standard along with bucket seats and a center console. 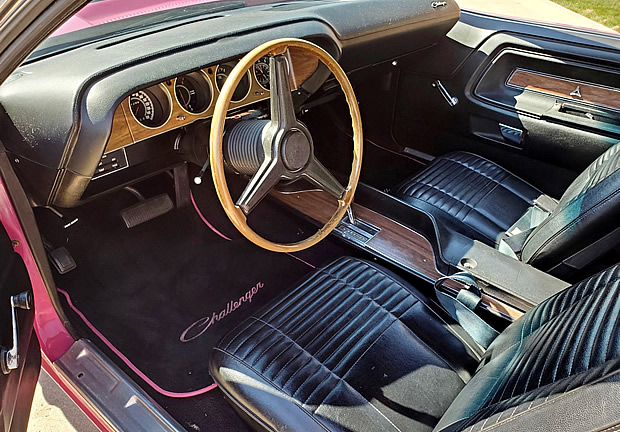 While the standard Challenger came with a 225 cubic inch, six cylinder, the R/T came with a 335 horsepower, 383 cubic inch V8. The original owner opted to pay a further $199 for an TorqueFlite automatic transmission rather than having the standard 3-speed manual. 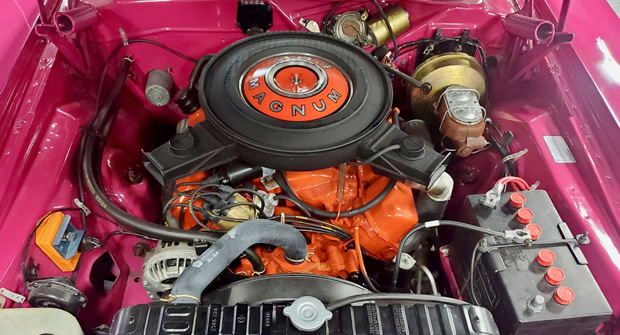 So, can you see yourself driving this Challenger R/T?